A cross-party approach to Brexit is now required 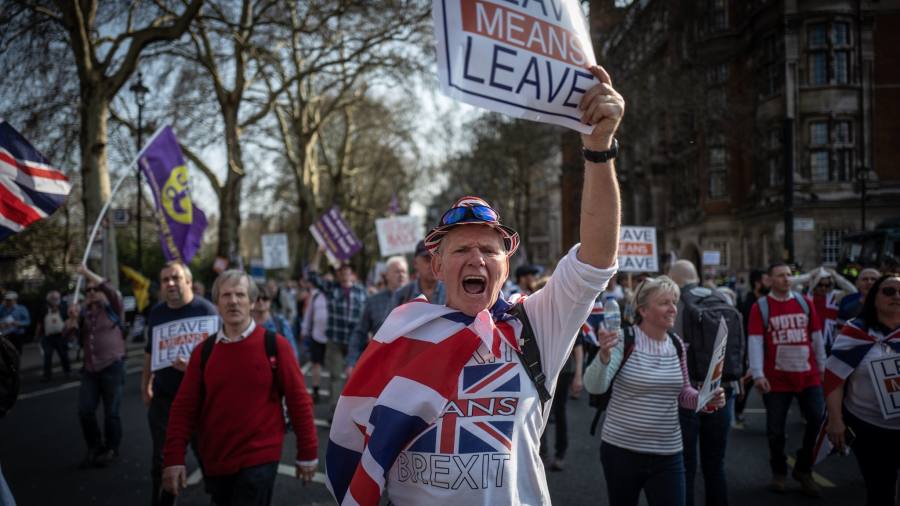 The rejection of UK prime minister Theresa May’s EU withdrawal agreement for a third time proves beyond doubt that an entirely new approach to Brexit is required.

The story of the past two years is one of failure. Parliament, the main political parties, the cabinet and the country as a whole remain as divided today as they were on the morning after the June 2016 referendum. Fear of splitting the Conservative party has deterred the prime minister from allowing a meaningful and productive debate about what kind of relationship the UK should have with the EU once it has left the bloc. Consequently, the government has failed to answer clearly the Brexit exam question: what matters more — trade and access to EU markets, or parliamentary sovereignty and control?

To stop the political chaos before time runs out, given parliament’s stated opposition to no-deal and the two main parties’ pledge to deliver Brexit, there are three options.

Option one: ask for a long extension to the departure negotiations. The EU will want a good reason to agree to this. If there is no election or referendum, and if the UK’s negotiating position is not going to change dramatically, what will more time achieve?

Option two: to answer that question, confront the fact that government and parliament cannot agree on Brexit and hold a general election. But what would be in the Conservative manifesto? Who would lead the party into an election?

Option three is for the UK government to build a cross-party consensus, giving it the votes needed to pass the withdrawal agreement. Given that the EU will not change the agreement, the focus needs to be on the political declaration that accompanies it and sets out the future relationship with the EU.

Tory support for a customs union would enrage many who support a “pure” Brexit. So be it

On Monday, MPs will try again to find an approach to that relationship which can command a parliamentary majority. One option which was closest to gaining a majority and is supported by Labour is to negotiate to join a customs union with the EU. Mrs May refuses to countenance this because it would break a Conservative manifesto commitment. That commitment is now preventing a smooth Brexit.

Tory support for a customs union would enrage many who support a “pure” Brexit and entrench divisions. So be it. Ending this chaos and leaving the EU with a deal is now more important than party. The cabinet must open meaningful conversations with the Labour party to shape a negotiating position that commits the UK to a customs union.

Clearly the UK would need to remain aligned to aspects of EU regulations so as to overcome the challenges of the Irish border and keep trade frictionless. But many of the building blocks are already in the existing political declaration — so negotiating this with the EU would not inevitably require a long delay.

This kind of cross-party agreement would need to be endorsed by parliament. Labour MPs would clearly want to be sure that a future Conservative prime minister does not tear it up and pursue an entirely different policy.

Mrs May says that she will not stand down until the UK has left the EU. That has not happened, so she would therefore be perfectly entitled to try to forge this consensus. But if she refuses, her cabinet must coalesce around someone who will do so. And if Labour demands that negotiations with the EU should be conducted on a cross-party basis, that should be considered.

The country is divided and the government does not have a majority, so a cross-party consensus must be built fast. Brexit is the biggest challenge the UK has faced since fighting a world war. If we are to avoid more chaos and deeper division, we must treat it as a national endeavour. In the words of the last great wartime leader, “let us go forward together”. Given the crisis we are in, it is time to heed another Winston Churchill saying: “Action This Day.”

The writer is a former Brexit minister